Hello, my name is Leonard Pitts.Â  I am a native of Clinton SC, and I consider myself to be an Entrepreneur and Philanthropist. I will walk 500 miles from Clinton, SC to the White House in Washington, D.C. and raise at least $500,000 for the USO which is a private, not for profit, non-partisan organization dedicated to Americaâ€™s troops and their families.

We are hoping to unite the entire nation to raise money to donate 100 percent of the proceeds to USO. We are bringing the entire Upstate of SC and Nation together for one cause. Together we can bridge the gap between the home front and the front lines.

Aside from the fundraising, the primary goal is to eventually have a day dedicated specifically to honoring active military. We have a day to honor fallen heroes and veterans, but we do not have a day that honors our active military and they need to know we support them. Two of my best friends are in the military (Joel and Joseph Crawford) and my 95 year old grandmother â€œLillerstein Smithâ€ who has logged more than 250,000 miles walking are my inspiration for commitment.

I will walk mainly two-lane highways and secondary roads through South Carolina, North Carolina and Virginia.

The vision came to me while watching a commercial with President Obama speaking about supporting America’s troops. It was like President Obama was talking directly to me and I could have sworn he said “support the USO”. To this day, no one has ever heard about this commercial. This is God’s work. I do not know why He choose me for such a big assignment. I am thankful that I was able to hear His voice and be obedient.

With so many active military, 2.5 million, and 23 million veterans in the U.S., many are unaware, 41 percent, of all of the benefits and support available to them. In a recent USA Today news article, the article said that Veterans more likely to be homeless. As featured on the Oprah show in October of 2010, Female veterans are twice as likely to be homeless than their male counterparts. I wished there was something more I could do; then God started giving me instructions on what to do. Sen. Jim DeMint, Sen. Lindsey O. Graham, Congressman Jeff Duncan, Congressman Jim Mulvaney, Representative Tim Scott, Congressman Trey Gowdy, Representative James Clyburn, Congressman Joe Wilson and NC Senator Kay Hagan have already pledged their support. I have also received an endorsement from bestselling Author and Entertainment Mogul Russell Simmons and Founder/Publisher of Sista2Sista magazine Jami Foster Brown.

This is a community, State and National effort of bringing together communities in support of Americaâ€™s troops. Donations can be made on my USO website at www.teamuso.org/2010/lpitts or by emailing me. Email me at l.pitts@nubreed.org if you wish to send in your donation by mail to the USO. Email me and in the subject line put “Donation Form”. All deductions are tax deductible to the full extent of the law. If you would also like to know how you can help me with this challenging endeavor call me @ 1-877-894-7747 x 1100. You can also keep up with me daily on this blog or by “liking” my Facebook page: “With Great Honor Team USO.

Dr. Martin Luther King once said, â€œEverybody can be great because anybody can serveâ€¦You only need a heart full of grace. A soul generated by love. And you can be that servant. 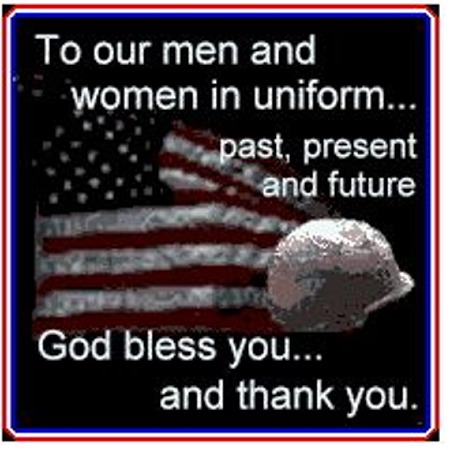 6 Responses to About Me